If you would like to schedule a FREE, no-obligation personal consultation, please complete the questionnaire on our Contact Us page.
END_OF_DOCUMENT_TOKEN_TO_BE_REPLACED 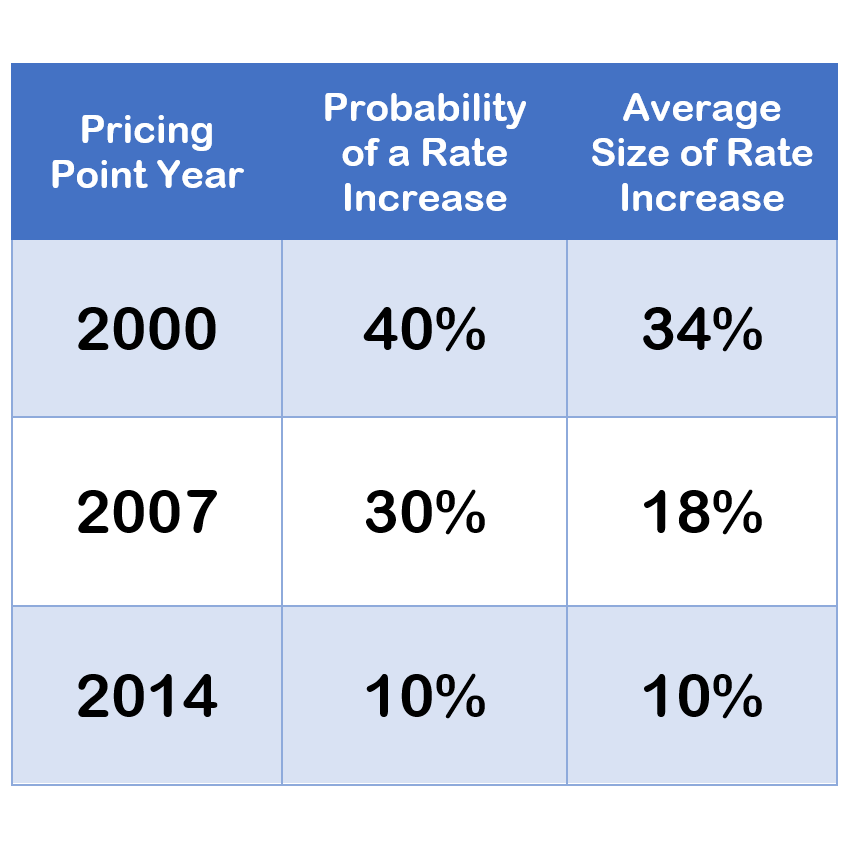 Enough. Stop. The plethora of LTC insurance bashing articles has gotten to me.

Rate Increases and Why the Sky Isn’t Falling

Yes, there have been rate increases. Long-term care insurance is “guaranteed renewable” which means it can never be canceled as long as you pay your premium in a timely manner. It also means there can be a “class” rate increase, which means on an entire class of people, not just on individual policyholders at the whim of the insurance company. Frankly, I struggle with why this is a big deal when I look at my health insurance going from $330 a month for my husband and me in 1993 to $1690 a month in 2016. I’m not a math whiz, but isn’t that FIVE times as much?

I’ve had people come to me with a 90% rate increase on long-term care insurance.  After I compare what they can spend by age 80 vs. the benefits at that time, they peel themselves off the ceiling…I don’t have to do it for them. It’s all relative. Older policies were so underpriced that while a rate increase of 130% sounds terrible, it doesn’t even get the premium up to what is being charged today. Why were they so underpriced?

The Society of Actuaries just came out with research that shows policies issued 2014 and later have been priced correctly for all the bad stuff that has hit long-term care insurance. (FYI, those of you who have had much larger rate increases most likely bought before 2000.)

Some people maintain 5% compound inflation is too aggressive. This article just came out today.

But What if I Never Need Care?

Listen to me. Walk around your neighborhood and ask every single household if their house has ever burned to the ground. Not many yes answers, right? Now ask if they know someone who has needed help longer than three months with bathing and dressing or with a cognitive impairment. That’s long-term care. How many people can you think of in that situation?

Do you honestly think people sit around and worry that they haven’t gotten their money’s worth out of their homeowners or auto policies? Just how do you want to “get your money’s worth” out of your long-term care insurance? Do you want to have a brain tumor, get hit by a drunk driver, have a major stroke…or maybe suffer with Parkinson’s or Alzheimer’s for 10 years?

If you never need care, count your blessings!  It means you paid the annual premium for peace of mind.

You will die before you will know you never needed it, so you will always be glad you had it!

I see so many families who are SAVED by long-term care insurance and it cuts me to the quick to read the bashing articles. Let’s reward the hand full of companies that have weathered the pricing storm and stayed in the market. Some offer both traditional and products combined with life insurance and/or annuities. If you don’t have a professional who is well-versed in the latest LTC planning options today, I would be honored to help you. Click here for my questionnaire that will get you a no-obligation consultation.

If you would like to schedule a FREE, no-obligation personal consultation, please complete the questionnaire on our Contact Us page.
END_OF_DOCUMENT_TOKEN_TO_BE_REPLACED